As we prepared to travel to Cairns, Australia, for our visit to the Great Barrier Reef, a news item caught our attention. Almost in passing, the television news anchor said, “A tropical cyclone is off the coast of northern Queensland.”  We paid close attention and learned about Tropical Cyclone Nathan, which would become our companion and nemesis for several days.

Because we are veterans of hurricanes on Florida’s Gulf Coast, we know to keep an eye on the storm forecast while making our plans. And we know that such plans are subject to change if a storm changes direction.

As we arrived at Trinity Beach, just north of Cairns, Nathan was offshore churning west toward the coast. The waves were higher than normal with plenty of rain, but Nathan then veered north and started heading away from land. 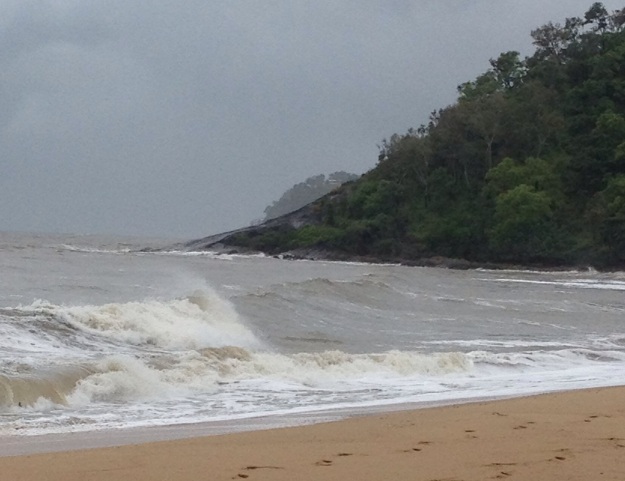 As planned, we travelled to Green Island and Norman Reef (more on our time on the Great Barrier Reef in a future blog post).  While at Green Island with its beautiful weather, I saw the newspaper headline, “Second Coming,” warning of Nathan’s u-turn and return toward land. 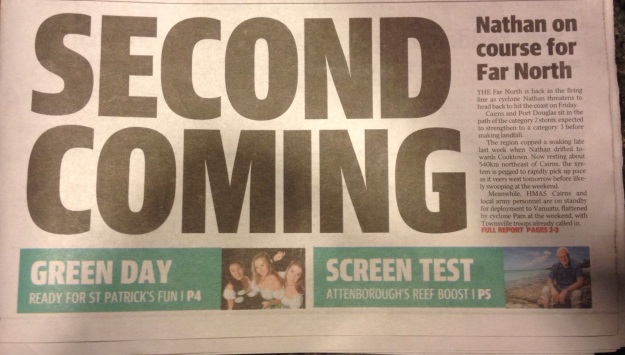 Our time at Green Island was excellent, but the twenty-seven kilometer catamaran ride back to Cairns was rocky and windy. The crew was helpful and kindly provided seasickness bags to many passengers. Thankfully, we did not need them!

We returned to Trinity Beach and waited. We regularly checked the Australian Bureau of Meteorology’s website for updates. After heading away a few days before, Nathan was coming back even stronger.  The storm was expected to intensify to a Category 3 or 4 Cyclone. 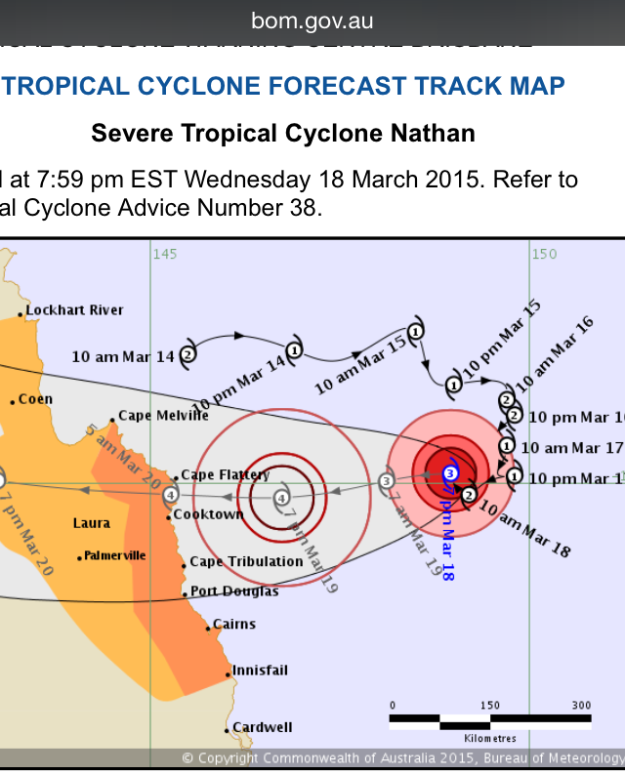 We joined heaps of Australians at the market buying bottled water and canned food. It reminded me of empty shelves of milk and bread when snow is forecast in the American South.  Our host graciously said that we could come to her hillside home should the storm bear down on us.

Tropical Cyclone Nathan eventually turned north and came ashore far away from us. We had periods of rain and higher than usual tides, but these gave us a great chance to catch up on reading as we enjoyed canned food and delicious bottles of water.  After a couple of days, the skies cleared, the waves settled down, and beautiful weather returned. 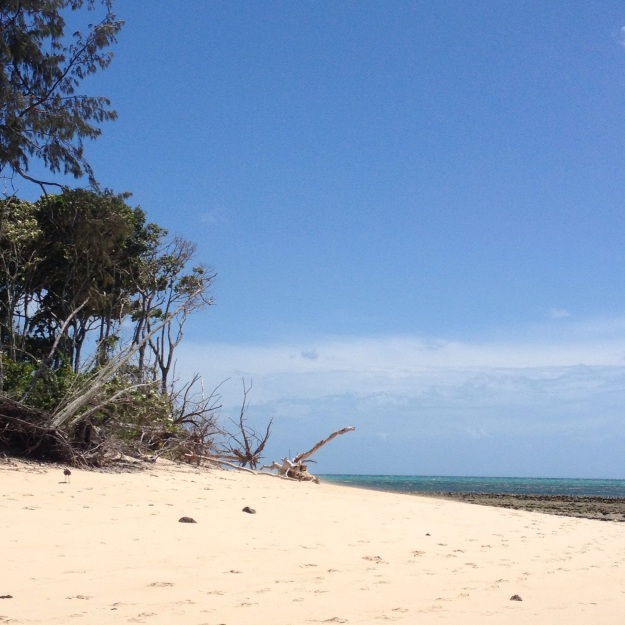 3 thoughts on “Chased by a Cyclone”